Many Android smartphones come with a built-in screen recorder app to record the screen. But, the iPhone, on the other hand, does not have any such feature to begin. AirShou is here to change it. The AirShou app is a screen recorder app for iPhone and iPad, and it is free to download. 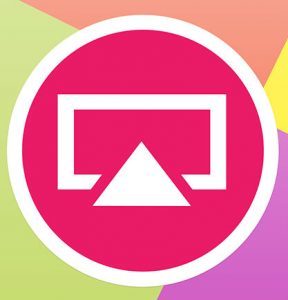 Also read: Download and Install HiPStore on iOS 13 Without Jailbreak for iPhone, iPad

AirShou is a brilliant app if you want to record the iPhone screen without jailbreak. The app comes with a host of features as mentioned earlier. You can change the screen orientation, bit rate, resolution, video format and more. Using the app is easy as well.
Launch the app, name the recording and hit the record button.

Install AirShou on iOS (iOS 9 and Above)

Begin with downloading the AirShou app. To do this, open the  Safari web browser and type the following address in the address bar.  http://iemulators.com/airshou.

Once you are on the page, scroll down to the bottom and tap on the AirShou app.

A popup will appear with the AirShou installation screen and other details. Read the details and instructions if you want to and tap on the Install button to install the app. 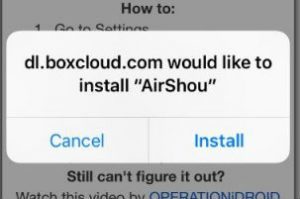 Wait for a few minutes so that the app is downloaded and installed on your iPhone.

If a pop-up appears asking for the confirmation, tap on Install again to proceed.

Once the installation is complete, you need to make the app trusted. If you open the app, it will show an app from an untrusted developer message. 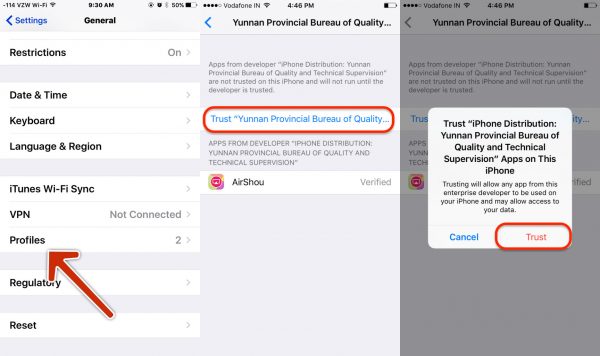 To do this, go to Settings > General > Profile / Device Management.

Find the profile for the AirShou app and tap on Trust the developer to make the app trusted.

Once done, you can launch the AirShou app from the homescreen.

While opening the AirShou app if the app asks you to install, Airshou TV app then you can download the app from the App Store.

Inside the app, you can see Start Recording and Start Broadcasting option. You can change the screen resolution, video format, bit rate from the settings.

Also Read: Download and install AppChina on iOS without Jailbreak

The recorded videos are saved in the app gallery itself. You can access it from the Recording section. You can also save the recorded videos in the Camera Roll and then export it to any other device to edit the video or share it directly to YouTube.

How to Fix WMVCore.dll is Missing Error in...